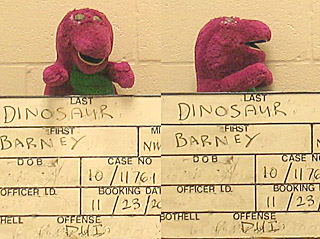 4 thoughts on “Barney gave a bit too much thanks.”