Perhaps a little history lesson is due while we wait to find  out where Barney is headed next. Followers of the KillBarney Tour, may wonder if there is more than one Barney. Maggie asked that exact question before posting about her visit with Barney in Maine. The following is our reply …

A long time ago, in a lush land by the sea far, far away, Tripawds founder and Chief Fun Officer Jerry G. Dawg had dragged his people away from their computers to go for a walk and they came upon a yard sale. Jerry sniffed a Barney doll and the couple thought of how fun it would be to see their dog destroy the purple icon that had come to identify a completely different generation of TV children.

One Barney led to another and before long Jerry had developed a co-dependent relationship with his purple posse. There was Big Barney, Travel Barney, and his arch nemeses, the Singing Barneys.

Periodically, one Barney would succumb to the thrashing, but more and more often Jerry cherished his Barneys so they grew in numbers as they were liberated from more yard sales and thrift store shelves. When the pack hit the road after Jerry’s amputation, a big ol’ bag o’ Barney’s had to come along. Barney had his own RV Blog first, posting pictures from roadside attractions across America. 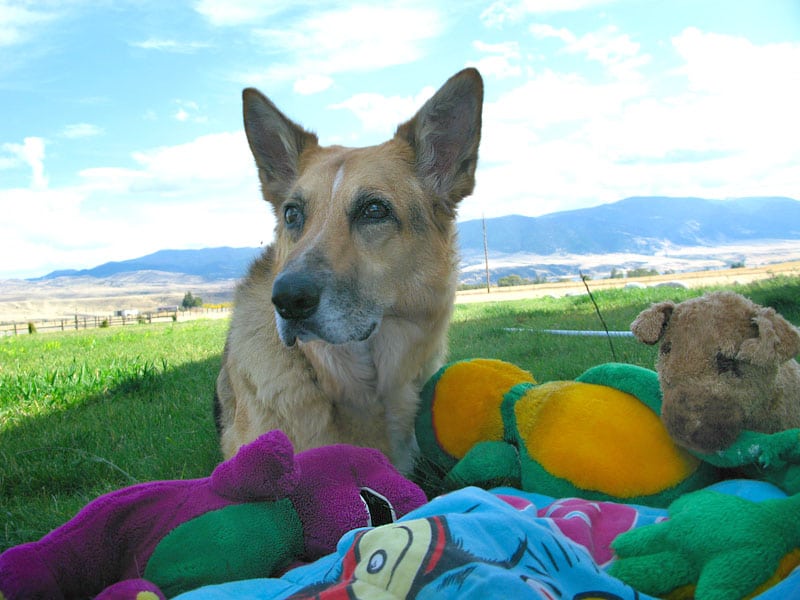 When Jerry passed, Barney was there with him, on their Barney blanket, under the big Montana sky. Back at the rig, a bag o’ Barneys awaited their fate.

One went to Jerry’s girlfriend Lalla in Israel first, and another to his best friend Winston in Oakland, CA. Barney B in Texas, needed one of course, as did Jerry’s look alike, Rocco in Washington. 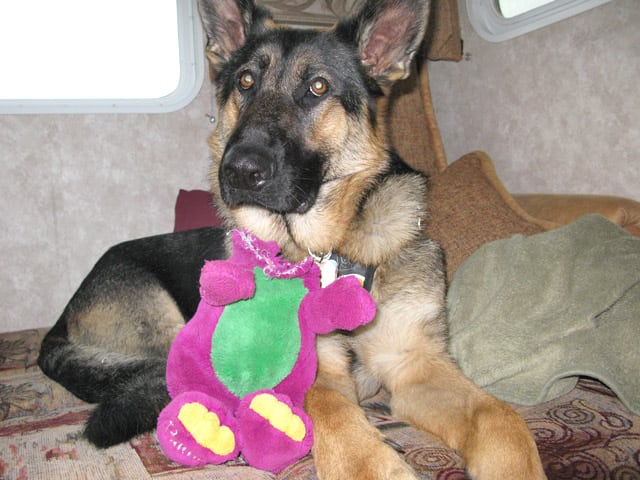 When the Tripawds Blogs community was launched, Killbarney started the first member blog and was quickly promoted to be the third site Administrator, along with Admin and Jerry. Here the Tripawds team shared photos and videos from Jerry’s cross country adventures with Barney. Then came the Killbarney Tour idea.

One of Jerry’s few remaining Barney dolls was packaged up and shipped off to Caira Sue. Wyatt continues to destroy another – which has become affectionately known as FrankenBarney around the Tripawds headquarters – and the rest is history, in the making. Stay tuned for more Travels with Barney!

7 thoughts on “A Little Bit of Barney History”